How we founded Qflow

Jade and I met in New York in 2016, working with an organisation called World Merit. The aim of these two weeks was to identify innovations to tackle the world’s greatest challenges, as identified by the United Nations Sustainable Development Goals. We each came with ideas and skills, from all over the world, and shared them, eventually landing on one core challenge. We founded WASHable International, an NGO still running today, as a way to tackle this.

On returning to the UK we stayed friends, taking weekend trips throughout Europe to see other friends from World Merit. With time on our hands to discuss the state of the world and our industry, we quickly realised there was more to be done. But scaling a not-for-profit in your spare time is intensely difficult, and after years of working in the charity sector, I had become convinced that NGOs were not the best way to have a massive global impact. I felt that social enterprises and profit for good business where a more convincing way to grow your impact.

During this time, I met a man called Josh at a New Civil Engineer event. He is a young, successful entrepreneur and we hit it off straight away. Stalking his Linkedin profile one day, I found the Royal Academy of Engineering Launch Pad competition, and luckily it was 24 hours before the application deadline. Bored as I was in my corporate job, I sent it to Jade to see if she wanted to put forward a company with me. Naïve as she was, she said yes! So I jumped on the train to her house in London and we stayed up all night debating which of the many problems we had discussed we were going to tackle, how we might tackle it, and what to call the company (Admittedly we didn’t spend much time on that last bit, but the name stuck!).

We settled on the idea of tackling the social and environmental impact of the construction industry on water! – yes we have pivoted since then.

We got the submission in just in time, and thought little of it. To our horror and delight we were invited to interview… we had two weeks to make this not just a late night idea, but to turn it into a robust business plan that we could pitch to a panel of judges. Thankfully Josh was very generous with his knowledge and advised us on the basics we should include, the rest was winging it.

The interview was intense. We were grilled by David Gammon, asking awkward questions about the industry and tech, but we fielded them well enough to be invited to the final. It was during this interview that the judges suggested that water management in construction was too niche a market and that perhaps we should consider tackling all environmental challenges that are touched by regulation and contractual requirements. We loved that idea, scaled our ambitions, and pivoted to take on “the environmental impact of construction”.

It was only when we got to the final that we discovered that the other two companies we were up against have been established for two years (not two weeks) and had received previous funding and support. But we were not deterred, and ended up coming home with the People’s Choice award.

At this final pitch event we were approached by two people that would prove pivotal in the establishing of Qflow. The first was Elspeth Finch – still a mentor to Jade and I today – she expressed her excitement at our product and her desire to support us. This gave us so much confidence, and to see another woman who had made a successful career out of entrepreneurship was hugely important in those early days. This is in fact why I do my best to meet and speak with other aspiring entrepreneurs now, to act as a mirror in which they can see themselves taking on such a goliath task.

The other was Zoe from Entrepreneur First. She offered us the opportunity to apply to their London 10 cohort. Although we were a preformed co-founding team (something that doesn’t align with EF’s model) it gave us the time and space (3 months in fact) to focus solely on understanding the details of the problem we were tacking, and developing a solution to that.

We learned so much in those 3 months, I felt like it was doing my masters year all over again, packed into just 3 short months. We spoke to over 100 engineering professionals, and pitched for initial investment from EF. We got it! This gave us another 3 months to prepare to pitch at their Demo Day and open our Seed Round for further investment. In this time even managed to hack together a prototype product and launched it on a pilot project with zero programming skills.

The rest I guess is history…

We recruited our CTO Riccardo, who joined us full time in October 2018. We battled through 6 months of fundraising, all the while building out the product and launching new trials. As we neared the closing of our seed round we started to recruit the amazing team we have today and launch on more construction sites.

With everything that has been going on lately, we couldn’t be more excited to see what the future holds. Our team is constantly growing and we have got plenty of exciting news ahead. If you want to stay updated with Qflow’s progress and growth, remember to keep an eye on the blog as we will be packing it with industry articles on digital construction, company news, and case studies rich with industry insights. 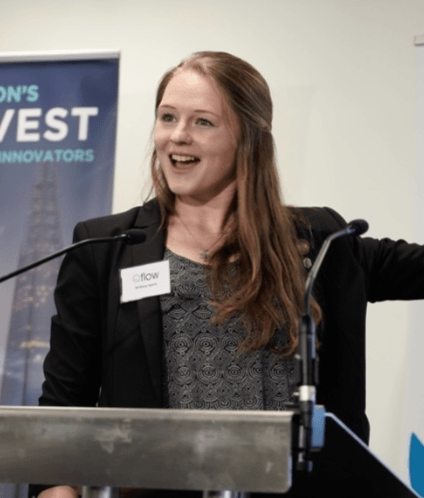 Brittany is the co-founder and CEO of Qualis Flow. With a background as a civil engineer, Brittany is a passionate startup founder with a strong motivation and drive to build a sustainable future.

Brittany is the co-founder and CEO of Qualis Flow. With a background as a civil engineer, Brittany is a passionate startup founder with a strong motivation and drive to build a sustainable future. 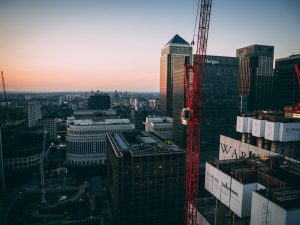 How Qflow can ease your mind and safeguard your project 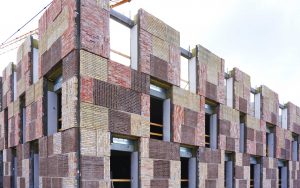 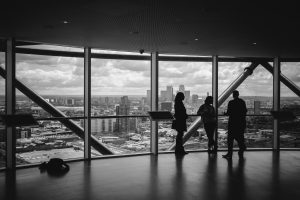 Hunt for software partnerships, not products 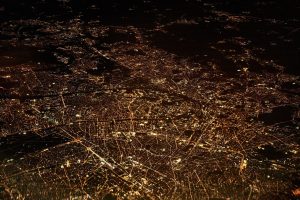 How big data is impacting the construction industry

Simplicity is key: How we built the Qflow mobile app

How Qflow can ease your mind and safeguard your project

Sustainable construction is within reach

Want to learn more about Qflow?

Or check out our Blog