A few years ago, The Economist referred to data as the new oil. In 2021, more data will be produced than in the history of the internet. That paints quite the picture of the exponential growth in data across the globe. The construction industry, as most of us are aware, hasn’t fully adopted data as a key business driver and is lagging the rest of the economy in terms of productivity and efficiency. I don’t want to bash on about this because I’m sure you’ve already heard that many times before. What I would like to do is illustrate WHY data is so important for your construction team and how it will give you a clear competitive edge in 2021 and beyond. Let’s have a look at the 5 key reasons data should be a focus for your construction project, team, and company.

Gaining a competitive edge in 2021

How do construction teams currently make decisions on projects? Chances are it’s based on data in some way. If decisions are made based on past mistakes, those mistakes are a form of data. Whether they are in the format of data as we are used to it (numbers in a spreadsheet) or not, it’s still considered data. If decisions are made based on experience, that experience is a data set used as a point of reference. The only problem with this is that the human brain can only store so much data before it gets too saturated. At that point, data becomes useless because we can’t detect any patterns in it. Machines however, are able to process orders of magnitude more data and can detect patterns in this data that were previously unknown. If utilised correctly, a data strategy reliant on tools widely available on the market can dramatically increase clarity in decision making for project teams. With added clarity, decisions can be made with greater confidence and result in more efficient outcomes.

If you work in construction you have most likely encountered a painful dispute with a supplier or partner that caused problems or delays to your project and made your job much more difficult. As construction projects become increasingly complex, such situations can arise at the most unpredictable moment and weeks, or months, of legal disputes can ensue. This is one of the most unnecessary ways to waste time and resources.

With the help of construction software, data can be the unbiased judge of such disputes and significantly reduce the time and resources spent trying to resolve them. There are several tools on the market that offer this functionality and can act as an evidence log of everything taking place on site, thus substantially mitigating risks posed by potential disputes.

Arguably one of the most powerful capabilities of modern technology is to accurately predict future outcomes. Using technologies such as Artificial Intelligence and Machine Learning, these tools are powering the construction sites of the future and generating higher profit margins for the businesses that use them. The only way these tools function is using large, granular data sets. By rapidly analysing large quantities of data, these technologies can map out clear inefficiencies and predict how these will impact projects in the future. Additionally, such tools use the same data and insights to help build future project plans.

The beauty of using data in this way is that it can be reused, replicated, and optimised for every project moving forward. This will constantly reduce the time of completion, reduce wasted resources, and ultimately make for a more profitable and sustainable project.

With the rise of data-centric construction projects comes an increased demand for skilled workers to maximise the value of data. As construction matures into a technology driven industry, ambitious talent from around the world will realise that they can build a successful technology career within the construction sector and start to flood into the industry. The companies that have taken the time to develop a data strategy, and built a rich data set, at the early stages of this revolution will have first dibs on the most talented workforce that enter the industry. For those that lack the data-driven infrastructure, it will be increasingly difficult to attract top talent and thus to maximise the value of the data.

Okay so data doesn’t actually generate compound interest. But the concept is the same. The earlier construction companies begin to collect granular data on projects, the more value they will get from it. Over time, as construction technology continues to develop, the same data can be applied to multiple facets of an organisation and generate value months, or even years, after it was initially captured. The long-term, compounding value of data for construction businesses is too great to overlook. Now is the time for companies to invest in a data strategy and start creating more value for their organisation and the industry.

Data is the oil of the 21st century. Picture the explosive wealth generated by those organisations and individuals who owned oil wells as the combustion engine grew in popularity. We are in the same situation now, with data as our resource. Its value is only going to grow from here. In 2021, there will be more data created than in the history of the internet. However, the sheer volume of data makes understanding it a complex task which can render it useless. We need to connect our different sources and create a single thread of data that we can rely on. A golden thread. Only then will be be able to harness real value from our data.

3 Digital Innovations to help deliver the Golden Thread of Data

Get the latest updates from Qflow 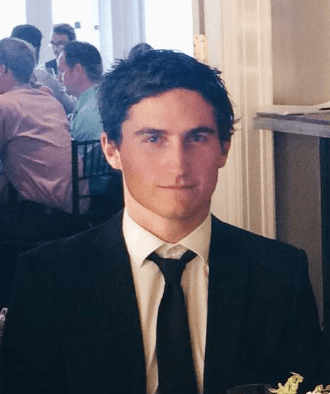 Callum is the Marketing Manager at Qualis Flow. With 3 years of entrepreneurial and marketing experience, Callum focuses on impact driven content creation for digital platforms. 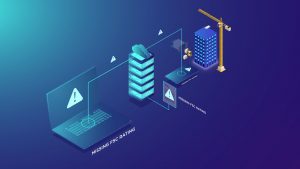 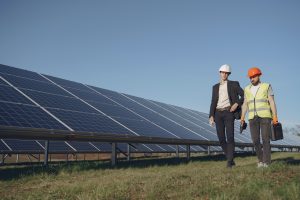 Software will not eat construction 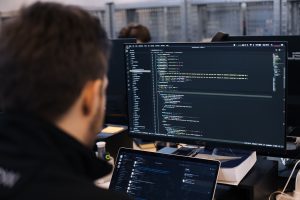 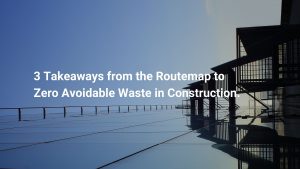 3 Takeaways from the Routemap to Zero Avoidable Waste in Construction.

Read More »
September 20, 2021
Book a demo
Contact us
We use cookies on our website to give you the most relevant experience by remembering your preferences and repeat visits. By clicking “Accept”, you consent to the use of ALL the cookies.
Cookie settingsACCEPT
Manage consent

This website uses cookies to improve your experience while you navigate through the website. Out of these, the cookies that are categorized as necessary are stored on your browser as they are essential for the working of basic functionalities of the website. We also use third-party cookies that help us analyze and understand how you use this website. These cookies will be stored in your browser only with your consent. You also have the option to opt-out of these cookies. But opting out of some of these cookies may affect your browsing experience.
Necessary Always Enabled

Any cookies that may not be particularly necessary for the website to function and is used specifically to collect user personal data via analytics, ads, other embedded contents are termed as non-necessary cookies. It is mandatory to procure user consent prior to running these cookies on your website.